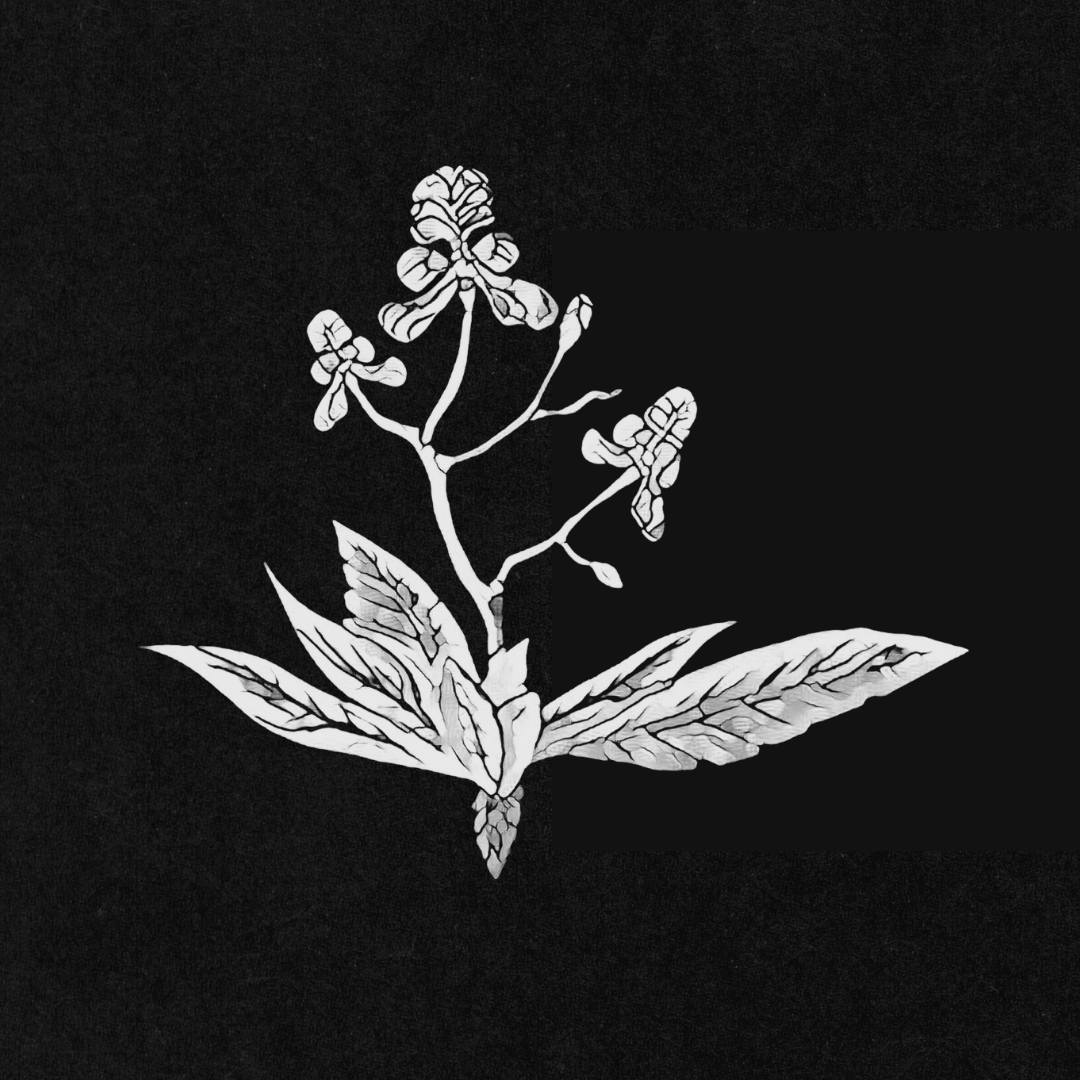 This piece was written in collaboration with Eliot Couvat to expand upon the thoughts we shared on “De-Financializing Social Tokens”, we figured now more than ever would be the best time to get this conversation started in tokenized communities and DAOs. If you’d like to check out Eliot’s amazing writing on Social Tokens make sure to follow him on Substack!

Many people took the leap into Web3 and started contributing to DAOs because of the excitement of being paid in tokens.

That’s because, unlike traditional salaries, tokens offered them almost unlimited upside (similar to equities), and contributors could earn a lot without bringing upfront capital.

But, continuing their journey and becoming increasingly involved in several projects, more contributors realized their tokens also provided them ownership, a voice over future strategic decisions, and unlocked new perks in specific communities.

And, after some time, many contributors found themselves stuck with their tokens, wanting to take profit, and make a living salary, but not at the expense of their voice and their reputation.

So how do we solve this Token Compensation Paradox that’s blocking DAOs and contributors from scaling and moving towards new horizons? Well, if we want to address the problem in-depth and re-think an entire compensation model used by thousands of DAOs, first we need to understand the underlying issues that come with the current situation.

1 - Beyond The Reputation Problem

The contributor compensation problem goes well beyond the simple struggle of sacrificing your reputation to make a livable salary.

With the compensation model we've built, we're heading toward wider inequalities within DAOs, more social pressure for contributors, and an ever increasing amount of DAOs failing due to this unsustainable model.

Indeed, if we want to pride ourselves in building new organizations, reinventing governance and political models; it's essential to separate voice from pay - otherwise, we're just building pure oligarchies and exacerbating inequality.

To illustrate how this model could eventually backfire on DAOs, here’s a real world example of what happens when you tie a person’s bags with their political power: Sweden used a financially weighted voting system until 1910, the number of votes that one could have was proportional to their wealth. This resulted in a couple of individuals having more than half the votes in several dozen municipalities - almost like perfectly legal dictators.

For DAOs to compete with traditional companies, we should do away with the social pressure that comes with selling tokens. No contributor should have to "short" the DAO and go against their beliefs to pay the bills; nor should they harm or quit a community they believe in, simply because they can't afford to keep their tokens. And the problem goes even further; because the incentives are not aligned, the current compensation scenario can even make the most active contributors hurt the community, their regular sales negatively impacting the token's price and harming the decentralization potential of decision making. All of this, mind you, within the confines of the community they value most.

Your most fervent believers shouldn’t be getting paid exclusively in the same type of virtual currency they use on a day to day basis to make decisions, grow their reputation, and push the DAO forward. By tying their payout to your DAO’s native token, you’re sacrificing the diversity of opinions you aim to nurture, and harming your project as a whole.

If we want to create new compensation models, we must rethink them from the ground up and align incentives between the DAO growth and contributors.

So how do we do that?

2 - Betting On The Long Term

Quite a few obvious ideas come to mind, and some have even been tested out. A handful of people argue that DAOs should pay salaries with Social tokens and use NFTs for reputation. Others have suggested paying contributors only in USDC, or creating two tokens, one for governance and the other as a source of liquidity.

While all those solutions seem promising, implementing or defining any of them as the de facto compensation model for DAOs would be missing the big picture.

Social tokens are much more liquid than NFTs, and allow communities to reward their contributors in a much more streamlined manner. They work particularly well as a reputation system and engage contributors towards exploring everything your community has to offer. Using them simply as a way to compensate contributors would simply kill their utility and their reason to exist. There's no such thing as an NFT that generates continuous engagement and rewards your daily contributors' loyalty.

As the Music NFT's artist Xcelencia mentioned in an interview talking about the way he manages his community:

"I see social tokens as this continuous engagement. I treat it as a sort of loyalty or rewards program where I can keep everyone in and have them contribute in new and different ways.

Whereas I see NFTs as these 'big moments' or highlights, the things you really want to commemorate like a great song, you want to put it out as an NFT. It's a different type of engagement."

Dissociating social tokens from reputation would kill your contributors' engagement, and so would paying them only in USDC.

Paying contributors in USDC would mean firstly not sharing ownership (a core principle of DAOs), and secondly, forgetting that most DAOs usually don't have a financially liquid treasury beyond their tokens. Tokens are a great way to share "future" upside and recognize the effort of early contributors.

Paying contributors in USDC and providing governance tokens to decentralized decisions would surely solve the problem in the short term, but it would also end up nurturing a community without any values beyond the next paycheck.

Something very similar would happen if you choose to create two tokens - one for salary and one for governance.

While some may believe this solves the liquidity problem while retaining the "real" token's intrinsic value, what you're really doing is cutting your community's potential in half by distracting your message and limiting the true capabilities of tokenization.

Besides, the value offered by governance, access, and reputation can be incentive enough in some cases, just not in an everyday scenario for your average contributor. It's not unheard of to see social tokens being sold in "black markets" of sorts for non-negligible prices based on the value they offer alone. So, in the end, the 2nd token would need liquidity anyway, and the problem would still be the same.

All of those failed experiments showed us one thing. We have to see past our shared baggage of Web2 compensation models, where the main way to get compensated is to get a salary once a task is done. Web3 technologies are offering us new ways to share the value created while attributing the merit to the right people, and we must seize this opportunity to build better coordination models and organizations.

3 - It’s Time To Come Up With Revolutionary Ideas

Sure, “We’rE So EarLy” - and there might not be any clear-cut solutions to contributor compensation yet. But we are optimists, and there are so many experiments we could run.

What about exploring ways to fix this token compensation paradox from a protocol-side. There are so many Web3 native solutions and mechanics which would enable a more fair distribution of funds without compromising a social token’s in-built utility, governance, or compliance with securities’ laws. Think about mechanics such as staking, delegation of governance power based on merit, and emission curves. In DAOs with diversified treasuries, we could also envision contributors hand-picking their desired mix of stablecoins (or any token in the treasury) and the DAO token for compensation through customizable smart contracts. In the beginning, contributors would want more stability (90-10 mix), but as they entrench themselves in your community, the more they would tip the scales towards reputation (50-50).

Finally, another interesting solution has recently popped into the scene: tying your reputation to soul-bound tokens and on-chain credentials. While our platforms still have a long way to go in terms of security and actual use-cases for this type of tokens, the promise is there for a non-speculative asset that serves the only purpose of being your web3 ticket to access based on merit. By properly leveraging Soulbound Tokens and offering enough flexibility in their properties, communities could have the key to proper liquidity through their tokens, without compromising their contributor’s reputation, or the DAO’s treasury.

We can play around with the formulae for due recognition of work however we please, even involving systems that may or may not pay people before they complete a certain task based on their already accrued merit. We need only look at the chain, social tokens, NFTs, and all of the other tools we have at our disposal to make this process human-centric and token-enabled.

We really are just scratching the surface in how we approach the future of work.

Web3 projects are very different beasts to your average Silicon Valley startup. In order to find a way to compensate the people making all of this happen, we could explore the seasonality of DAOs, our product cycles and monetization. There’s so much to experiment with when it comes to people’s relationship to impact, legacy and the future they want to see. Not everything needs to be a discord server and some Snapshot proposals.

The answer to the token compensation paradox resides in keeping tokens in the equation while disconnecting them from financial value.

If we want contributors to get credit for their work, and social tokens to reach their non-financial heights, we have to leverage the social tokens’ true power and stop looking for use cases where they might not shine their brightest.